NorthEast United climb their way up 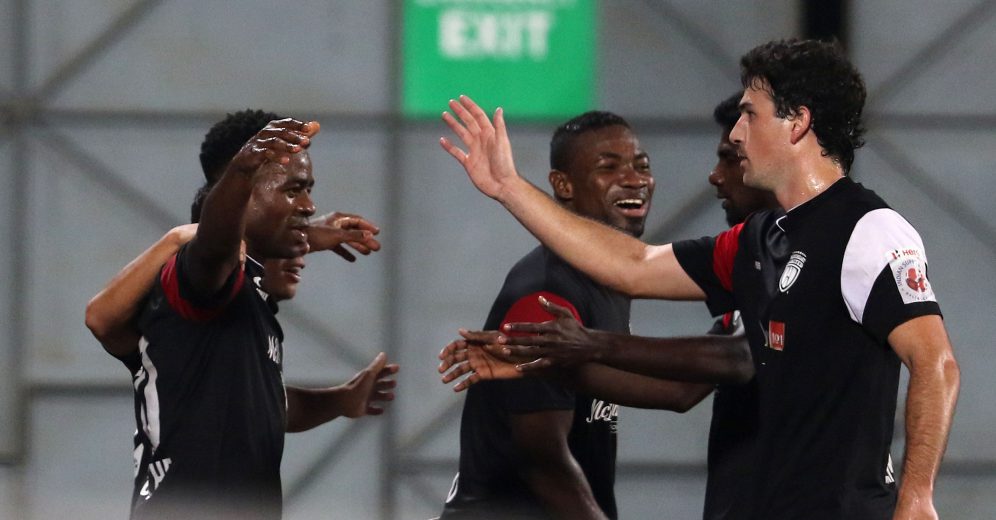 Pune, November 27: An efficient strikeforce made the difference as NorthEast United FC got the better of FC Pune City 2-0 in a Hero Indian Super League clash at the Shree Shiv Chhatrapati Sports Complex here on Tuesday.

Bartholomew Ogbeche and Juan Mascia scored a goal each to seal three points for the visitors who have continued their unbeaten run away from home and climbed to the second spot on the league table with 17 points from eight matches. Meanwhile, Ogbeche has equalled Ferran Corominas’ tally of eight goals in the race for the Golden Boot.

FC Pune City, who started the match with four foreign players, created plenty of chances to score but failed to beat NorthEast United custodian Pawan Kumar. ISL’s all-time top scorer Iain Hume made his first start of the 2018-19 league campaign but was substituted at the half-way stage.

The hosts had the NorthEast backline on high alert during a Marcelinho corner-kick in the 12th minute. The Brazilian’s delivery was headed by Rowllin Borges but fell to Ashique Kuruniyan inside the box whose powerful first-time effort was parried away by the custodian.

NorthEast United broke the deadlock in the 23rd minute when Federico Gallego’s flat corner-kick reached Ogbeche at the far post. The striker chested it down and placed the ball into the net to score his eighth goal of the season.

Ashique’s cross from the left found Adil Khan’s run into the box and the midfielder’s pass across the face of goal was cleared by Mato Grgic. The cross only required a tap-in which did not arrive in time as Pune sought a way back into the game.

Pune soon stepped up their efforts and were almost rewarded in the 41st minute when Marcelinho’s free-kick from the left found Matt Mills inside the box. The defender rose highest and was denied by Pawan who pulled off an outstanding save.

Pune started the second half just like they ended the first. They pressed for an equaliser but a resilient NorthEast United backline stood firm to keep the scores level.

The home team’s urgency, however, left space for the visitors to hit back on the counter. Gallego threatened with a long-range effort when afforded space on the right flank but goalkeeper Kamaljit Singh was alert to the danger.

Juan Mascia dribbled into the box from the right and was brought down by Sahil Panwar in the 90th minute. The forward stepped up and converted from 12 yards to seal the win for NorthEast United.