For the first time since 1982, an Africa nation has failed to cross the group stage of the FIFA World Cup tournament after an unlucky Senegal was eliminated on the basis of fair play 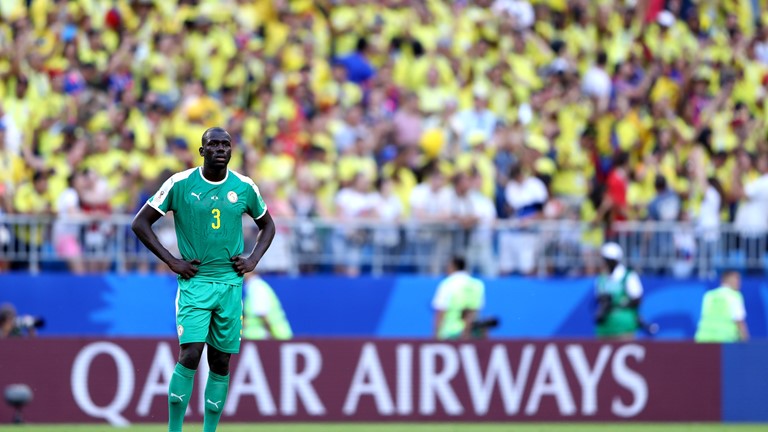 It’s not often that one sees a team playing by the book get an advantage. Dirty fouls, getting booked for the sake of team, has become a very much part of normal tactics in modern football. Yet, Senegal had to face the brunt of this ‘Fair Play’ that ultimately ended their FIFA World Cup campaign.

FAIR PLAY: Japan (-4) versus Senegal (-6).#JPN are the FIRST team in history to progress on the Fair Play rule.#SEN are the first to be eliminated by Fair Play.#WorldCup

Two more yellow cards for Japan across the three games and they and Senegal would have had their fate decided by the drawing of lots. It could hardly been any closer (FPP: Japan: -4, Senegal: -6)

While it was heartbreak for Senegal, for African football too, this was a major disappointment, as the last representative of the continent bowed out of group stage too. For the first time in 36 years, an African nation failed to qualify for the knockouts.

In some ways it was even worse than the controversial 1982 FIFA World Cup, when the two African nations to participate did put up a fight. While Cameroon managed to drew with eventual champions Italy, Algeria were controversially denied by the now infamous West Germany v Austria “Disgrace of Gijon” game. Where both sides decides to just pass on the ball to ensure their own qualification.

This time in Russia, three African teams — Egypt, Morocco and Tunisia bowed out even before their 3rd group games, while Nigeria’s fight ended with a late heartbreak against Argentina. As for the last African team, Senegal’s exit will go on to be part of those crazy world cup stories.

36 –  Senegal’s elimination meant, for the first time in 36 years, there will be no African team in knock stage of World Cup

28 – The number of fouls Japan conceded throughout the World Cup group stage, the least by any side in the tournament

Senegal Coach Aliou Cisse – Senegal have not qualified because we did not deserve to qualify. Such is life. Fair Play points are one of the rules and these rules have been established in the tournament regulations; we have to respect that.

Akira Nishino Japan Coach – We have been here before (in the last 16) in Japanese football and we have earned this. We deserve this.

Also Read: The ugly side of FIFA World Cup 2018

Also Read: Curse of the champions continue as Germany crash out of World Cup