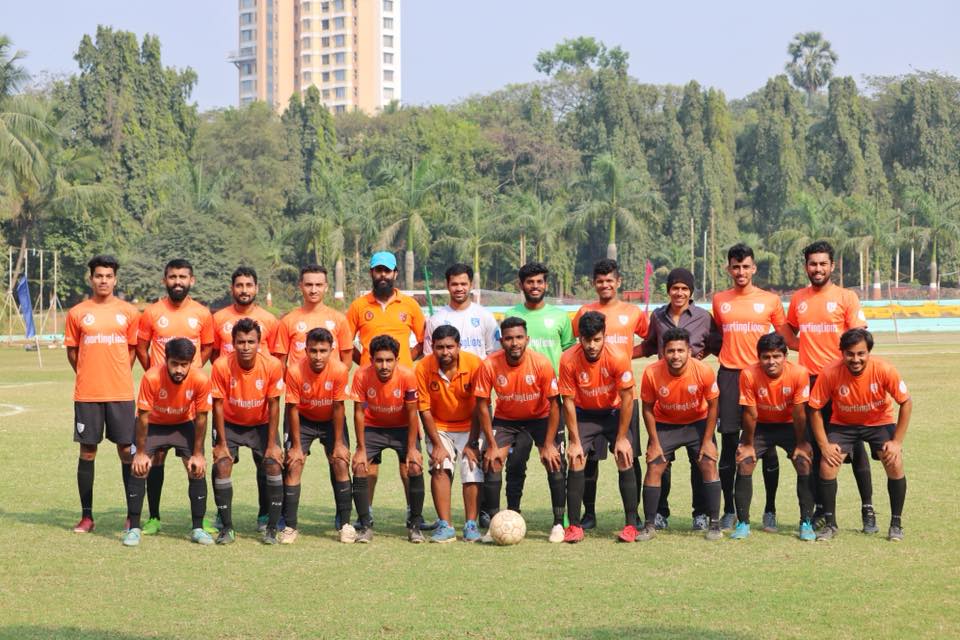 To come all the way from Third Division to the top-flight of Mumbai Football is a huge thing. Mumbai Strikers went against all the odds to finish 9th in the Elite Division table after spending much of their time at the bottom of the table. The newly-promoted side was winless in the first half of the season but everything changed at the beginning of 2018. It was against a strong Western Railway side where they turn their season on its head after a deserving win. The Strikers never looked back since. Their Coach Sandeep Singh discusses what went inside and outside the Mumbai Strikers dressing room in an exclusive conversation.

“We were competing against teams with a much bigger budget and experience at the top level. We knew that we will be fighting for survival. So the target was to achieve 10 points in order to stay safe,” cited Mumbai Strikers Coach Sandeep Singh when asked about the target before the season began.

Talking about the expectations, he said: “There was an anxious excitement leading to the season. Although, high on the enthusiasm, we lacked experience as most of our players had never played in the Elite Division before. Also, the coach who got us here, Firmin D’Souza, had to leave after 4 years because of other commitments. We would like to thank him for what he did for us.”

This is an essential point here. Over the years, the promoted sides have always managed to struggle in front of the big dogs, largely due to experience to play at the top level and most importantly, the budget. Considering all the points above, it is quite fair to say that the Mumbai Strikers’ players and management did a fantastic job to ensure the club’s survival.

With a relatively inexperienced coach and team, the idea was to prepare thoroughly and give our all for each game. We knew that we have an advantage as our team has not changed much over the years and players were willing to give their best for the team. The expectation was to maximise the potential, play to our strengths and prove to ourselves that we belong at this level,” the coach added.

“The quality of opposition and the intensity of the game at this level is markedly different than the Super Division. It is not easy to raise the bar right from the go. It took us some time to adapt. I mentioned earlier, that we had a change of coaches. Players needed time to adjust to the new regime and style of coaching,” Coach Sandeep added where he spoke about the bad start at the start of the season.

“Playing one way for four years and changing suddenly is not easy, we suffered because of it. But the team never lost belief, our players kept training hard despite the setbacks. We knew that we are not far away from the required standard. With time, players started understanding our system of play much better, we increased the work rate required, which started showing in the games as well. The win against Western Railway was the turning point for us. It confirmed that we are on the right track.”

Talking about the Elite Division experience, Sandeep Singh said: “We had worked hard to reach this stage, it was a dream for most of our players to reach the division to prove that they can compete with the best in Mumbai. The experience was exhilarating and educative as well, we made a lot of mistakes and learnt from them which will help us moving forward.” This has surely laid the foundation for Mumbai Strikers in terms of a long future. It is only after such immense experience, the players develop into a great one.

When asked about the objectives for next season, Coach Sandeep said: “We are a team which is still in transition. We would like to build on what we achieved last season. The upcoming season will be more challenging than last as we won’t have the novelty factor on our side anymore. We have to be more proactive with the ball. We allowed most teams to have the majority of possession which we would like to change next season. Game management has to improve. We need to take more initiative in terms of our attacking play and as well as control the games better when in lead.”

Mumbai Strikers has bid farewell to two of their instrumental players this season including their Captain. “Few of our players are leaving the country. Our Captain & Centre Back, Arnold has moved to Canada, while our forward, Arsalan has moved to Dubai. We thank and wish them all the best.”

The Strikers are currently looking to find their replacements and add a couple of more players to strengthen their squad for the next season. ” We need to find the replacement for both of them. Most probably, we will have to find a solution within the team. We are also on the lookout for a Controlling Midfielder. We understand that we can’t compete with other teams in terms of resources & can’t sign experienced players so we ought to be more innovative with our approach to growth. It has to be more organic,” the Strikers gaffer concluded.