I aim to score a couple of goals in Asian cup, says Halicharan Narzary 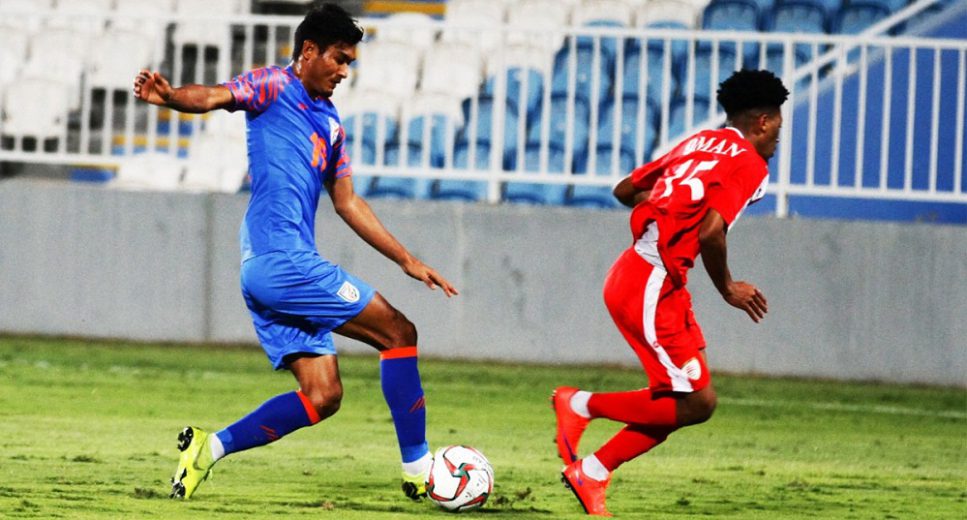 ABU DHABI, 30th December, 2018 : A National Team call-up comes with its own set of responsibilities. For winger Halicharan Narzary, these responsibilities are doubly amplified purely due to his sheer struggle that the Assam-born player has had to face during his childhood days. In an exclusive interview, he opens up at length about his struggle as a kid, scoring goals in the AFC Asian Cup UAE 2019, the UAE challenge and much more.

Talk us through your journey in football.

I had a really difficult time when I was a kid. I had to struggle a lot back then. But it gives me immense satisfaction where I have reached now, after all the hard work. My family also helped me a lot during those days. I would not have been what I was, had it not been for them.

What was your struggle?

I’m not someone who belongs to an affluent family. My parents had to struggle to make ends meet. Playing football professionally was a distant dream for me at that time. Let alone playing football, even owning a proper football boot was a far-fetched dream for me during my childhood

What are your personal goals for the AFC Asian Cup UAE 2019?

It was up to me to work hard, improve myself, and prove to the coach that I deserved to be in that list of 23. Now that he has selected me, I aim to score a couple of goals in the tournament. Of course, qualifying for the round of 16 is of paramount importance.

You are known more for your assists than your goals.

As long as the goals come, it doesn’t matter who scores. Obviously, I haven’t scored that many goals in the India shirt. That motivates me to work harder, and improve my scoring abilities.

Who do you think will be the toughest team in our group and why?

I feel that the match against UAE will be the toughest. They are the hosts, and it is always difficult to play against a home team in a big competition. The crowd will be like the 12th man for them, so we will have to work even harder, in order to get a good result.

You had to sit out in the Jordan match. How tough was it?

I want to fight for my country. But it was understandable that the coach kept me out after we were stuck in the Kuwait Airport for almost 32 hours. We were not physically fit to play that day. But everyone worked hard against Jordan.