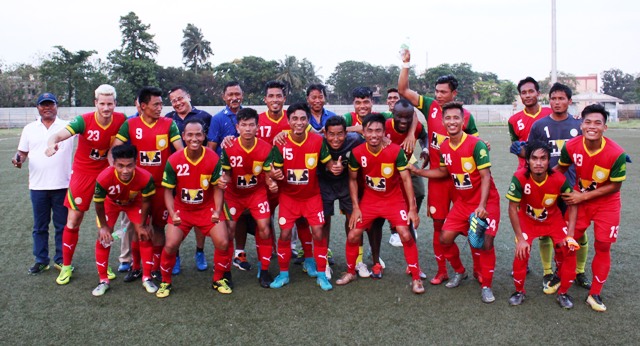 Following the completion of all the Preliminary Round matches at the 2017/18 Hero 2nd Division League, four teams are known who will battle it out in the final round for the coveted Hero I-League berth.

Interestingly, none of these four teams featured in the final round last season. Real Kashmir FC, who finished at the bottom of their group last season, showed miraculous turn-around to top the Group A with 22 points from 10 matches and remained unbeaten throughout the preliminary round.

On the other hand, Group B witnessed some drama on the final day as FC Kerala who led the group for most of the preliminary round lost 2-4 against Fateh Hyderabad which saw Ozone FC making it to the final round with 19 points despite finishing behind Kerala Blasters reserves.

Tournament debutantes TRAU FC dominated the competition in Group C from the onset and finished the preliminary round campaign with 23 points and qualified for the final round. Meanwhile, Delhi-based Hindustan FC sneaked into the final round as the best second-placed team from Group A with 20 points and they also remained unbeaten.

The final round will be a single round-robin affair and it will be commencing at FSV Arena in Bangalore from May 24, 2018. The opener will be played between Ozone FC and Real Kashmir.

U-18 Youth league 2017-18: Decision of AIFF disciplinary committee
U18 Youth League Finals to begin in Shillong on May 16