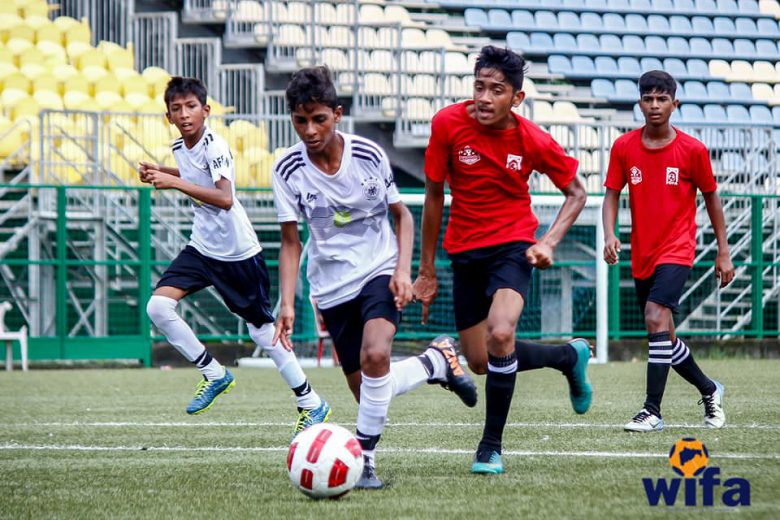 23rd August 2018, Mumbai: With the conclusion of Group A and Group B matches, the WIFA Youth Championship (U-14) has its first four quarter-finalists of the 2018-19 campaign. Defending Champions KMP XI, FC Pune City, Kenkre FC, and MSSA (Mumbai School Sports Association) have booked their place in the quarter-finals.

Yesterday at Cooperage Stadium, MSSA defeated Yodha FC (Solapur) 3-0 to cement their place at the second spot in Group A. Ahmed Khan bagged a fine brace, whereas, Shirish Pote scored the other goal. In the other Group A game, FC Pune City scored four past Rahul FA to maintain their hundred percent record in the Championship, so far.

Prolific striker Dinesh Singh ended up scoring twice while Mohd. Mansuri and Kunvarpal got apiece to help FC Pune City finish at the top of Group A.

Dexter Fernandes scored a total of nine goals to help Kenkre FC register a huge 16-0 win against Star FC (Solapur). But Kenkre FC still fell short of finishing at the top of Group B as holders KMP XI registered an emphatic 8-0 win over DDYS (Nagpur) earlier today to cement their superior goal-difference.

Mustafa Shaikh and Ravi Rathod combined brilliantly upfront which proved to be lethal in front of DDYS’ defense. Vikram Rathod and Samuel Selvadas also got on the scoresheet who have been tremendous throughout the Championship so far.

Istanbul Cup: India U16 register 2-1 win over Cameroon U16
India to play 3 friendlies in Australia before SAFF Championship