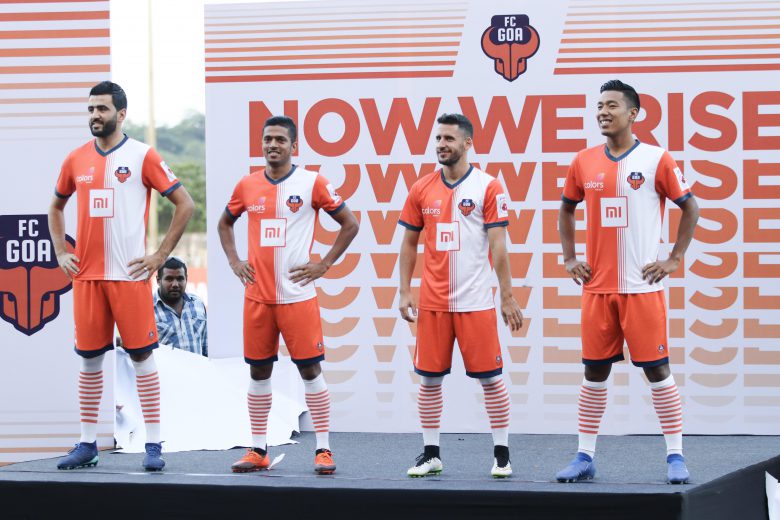 This year the Gaurs will don an orange colored kit having worn blue in the first four editions of the tournament.

The jersey features a contrast of bright orange and white with orange stripes down the middle, and FC Goa’s trademark blue sleeve and collar trims. The orange symbolizes the Gaurs’ fire and focus to win the ISL trophy. It also symbolizes their indomitable team spirit and an attitude of always rising to the occasion. The jersey pays homage to the Gaurs’ annual campaign #NowWeRise.

The jersey launch saw players Mandaar, Coro, Jahouh and Sana take the stage to unveil the new jersey amongst much cheering from FC Goa’sunrivalled fan base. The players spoke about their excitement around the new jersey and how they are looking forward to a fantastic season.

Pictures from the launch: 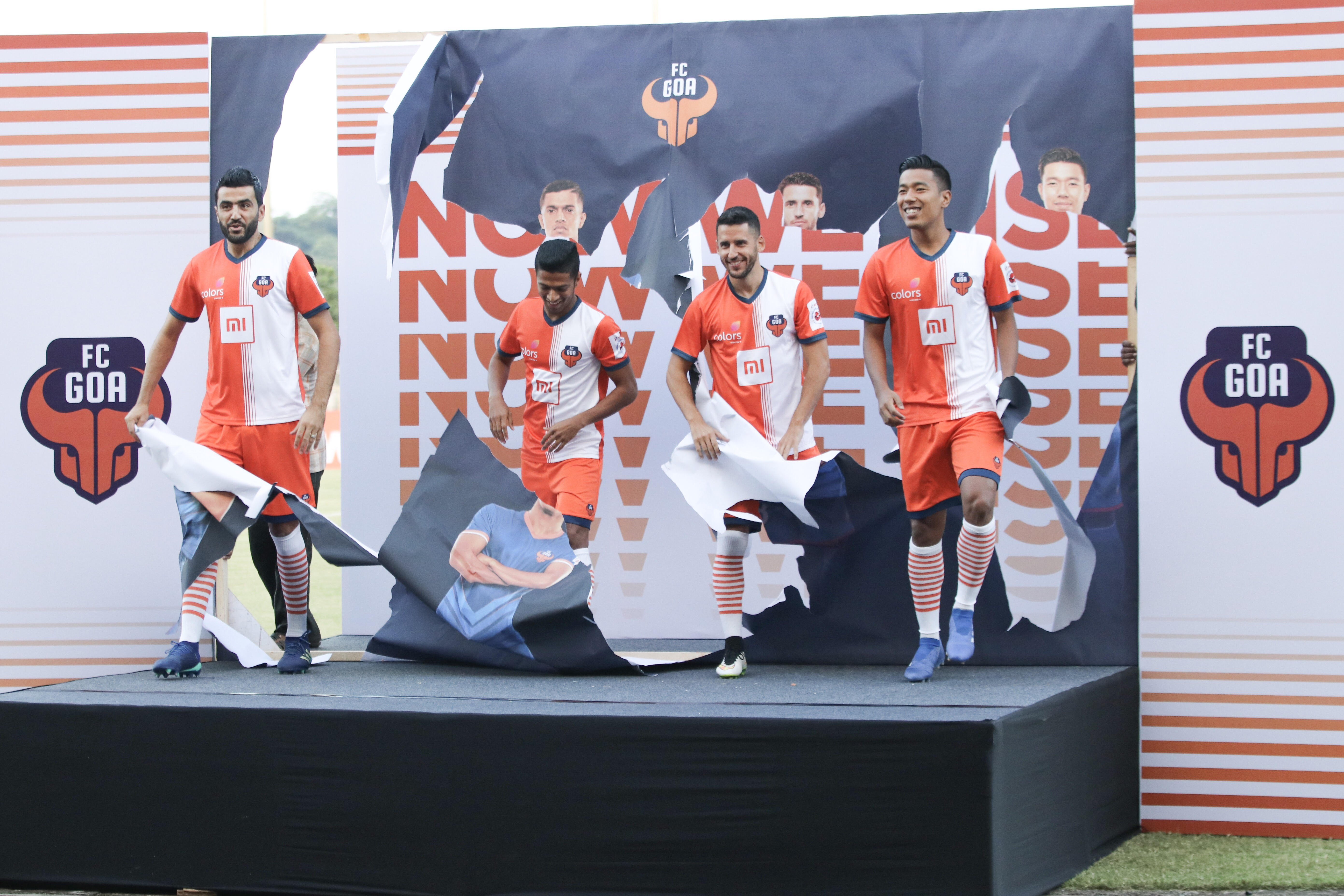 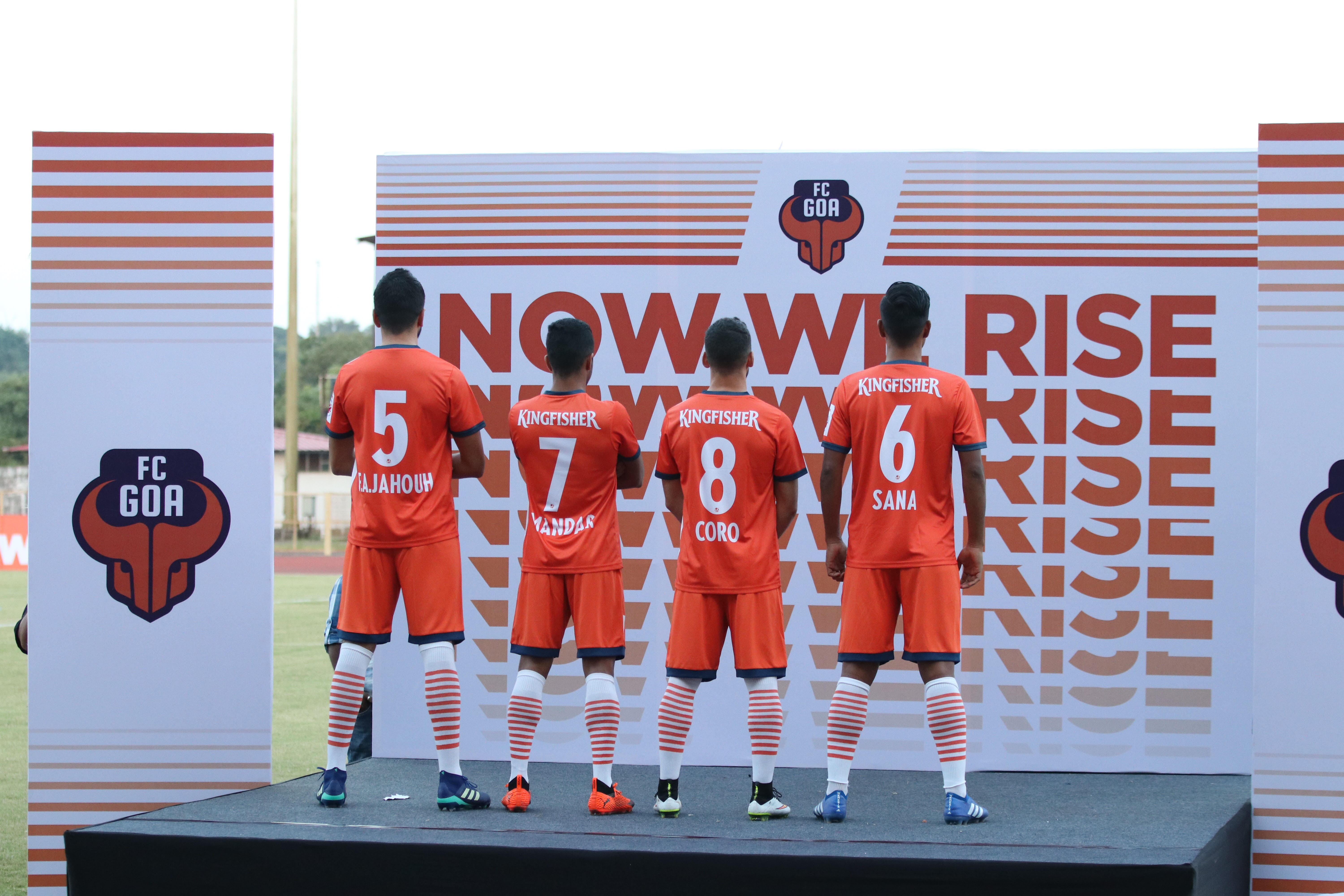 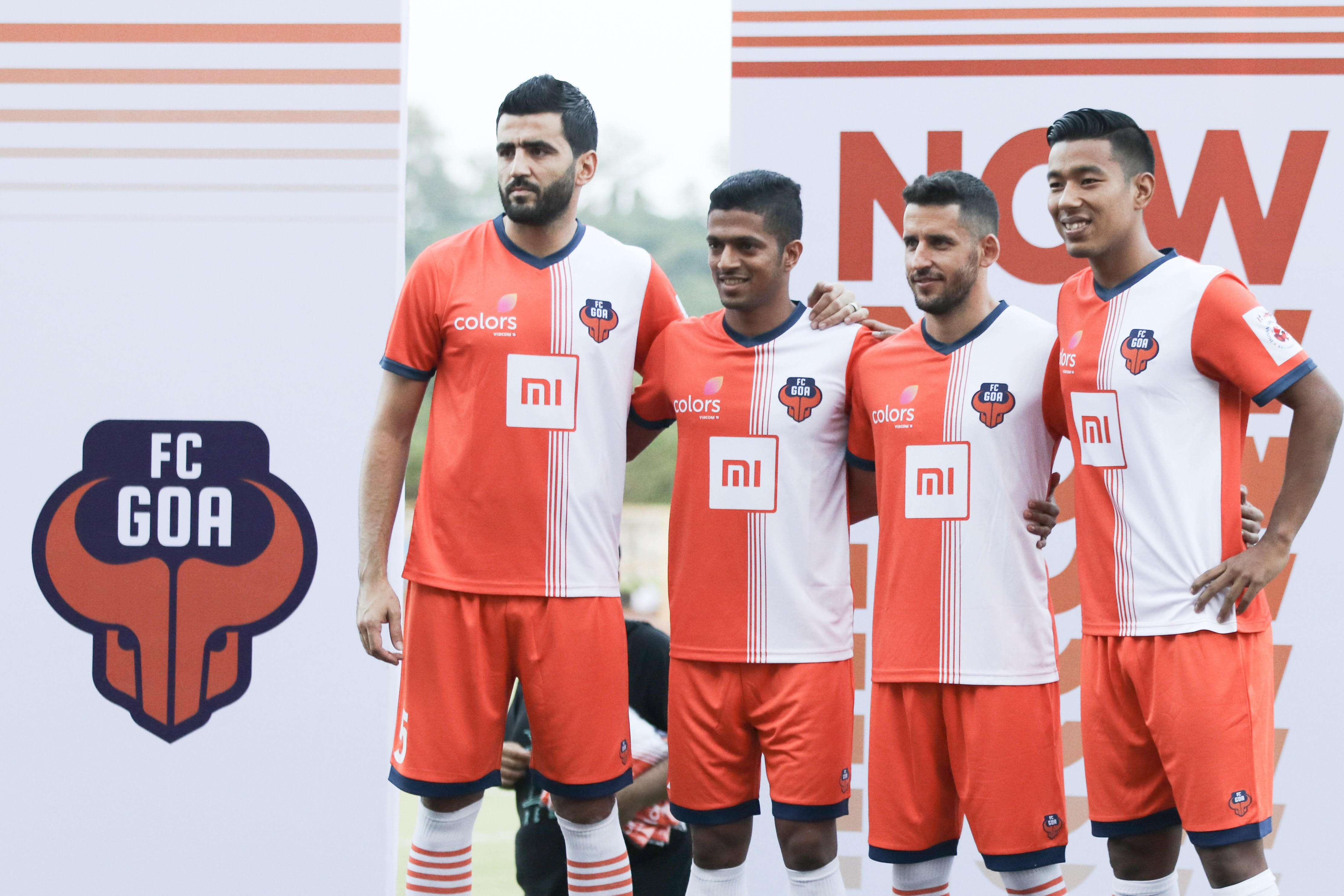 Speaking about the new look said Sana, “The new jersey looks great. It has a powerful and aggressive look to it and I’m looking forward to donning it in the coming season”. Mandaar echoed his thoughts. “The jersey looks completely different from the earlier ones. Love the new look”.

Also Read: Eastern clubs have a point to prove in ISL 5