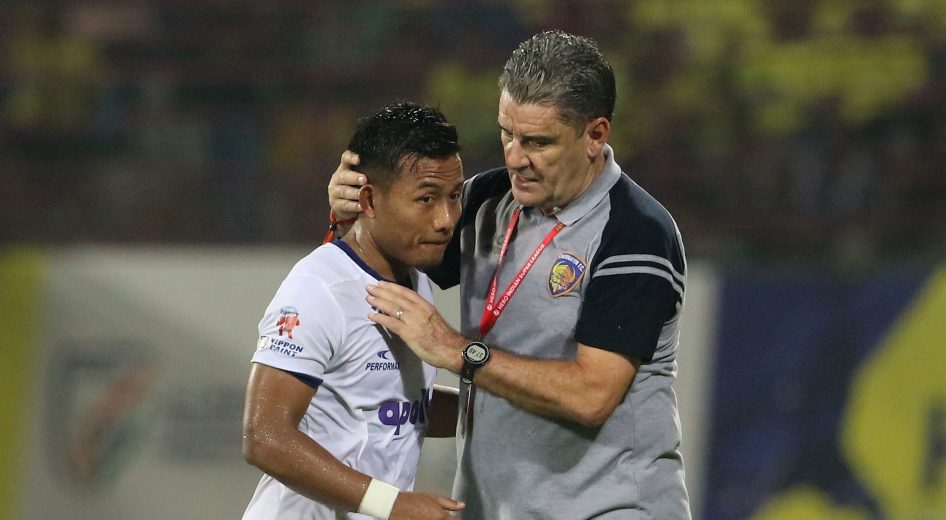 Chennaiyin FC coach John Gregory is not losing faith in his players, despite being unable to win a point from their first two matches.

The defending champions lost both their matches in this edition of Hero Indian Super League and will want to settle for nothing less than a victory when they face NorthEast United FC at the Jawaharlal Nehru Stadium, Chennai, on Thursday.

The barren run is not something that coach John Gregory is used to. They’ve struggled for bits in the past, and the English coach remains confident that they can now turn the corner. The last time Chennaiyin had a three match loosing run was in 2015.

“NorthEast have had a fantastic start to the season and we have to respect them. They beat ATK and almost beat Goa. They should have won that game. But I have to show belief in my players. They have the capability to win it for us,” said Gregory.

While Chennaiyin’s first match against Bengaluru FC proved to be a tightly knit affair that ended 1-0 in favour of the latter, they were overcome 3-1 by FC Goa at their home ground in the second game. NorthEast United, on the other hand, are a revamped unit under the tutelage of Dutch tactician Eelco Schattorie. With former PSG forward Bartholomew Ogbeche leading the attack, the Highlanders will offer a threat to any defence in the league.

“We can compete with any ISL team but Chennai has more individual quality than us. They have a few weaknesses and hopefully, we can exploit that,” said the Dutch coach. Schattorie saw his side go toe-to-toe with a dominant FC Goa and match up to their attacking football, clinching a 2-2 draw. Then they went on to defeat ATK in Kolkata. Schattorie is mindful of the individual quality Chennaiyin possesses, and the soaring temperature in Chennai is not lost on him either.

“It is always difficult (after a break). The biggest challenge is to adapt to the humidity in Chennai. It was really hot when we trained in the morning. Evening seems to be better,” said Schattorie. For Chennaiyin FC, striker Jeje Lalpekhlua will hope for better service from midfield after drawing blanks in the two games so far. In the absence of injured Dhanpal Ganesh, Anirudh Thapa and Germanpreet Singh will be expected to step up and shore up the midfield, allowing the likes of Raphael Augusto to venture forward in attack.

“Jeje has that capability. He just needs to stay relaxed and be focused. Once they get the first goal, everything else follows up. Similarly, a win is all we need to turn our season around,” Gregory said. The momentum, though, is firmly with the Highlanders and they will do their best to deny Chennaiyin their first win of the season.