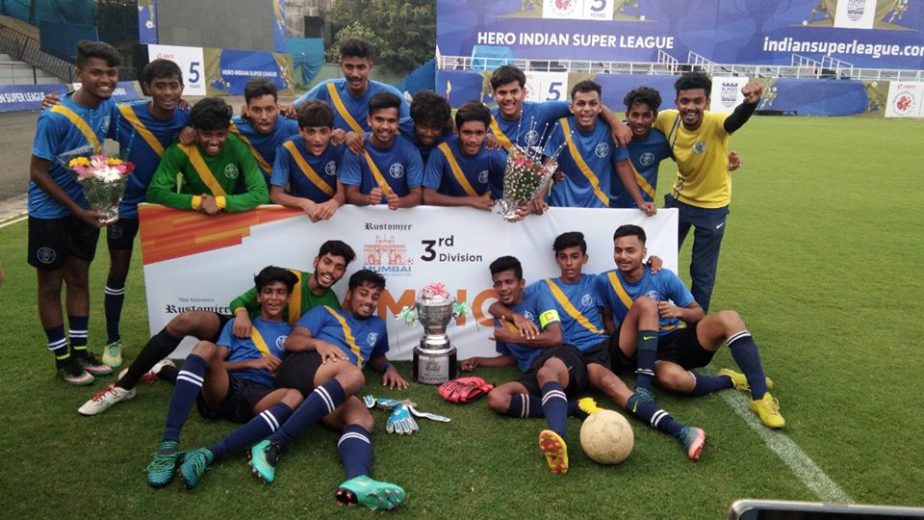 In case you don’t know already, relative newcomers or people of outside Mumbai Football circuit, Footie First FC were recently crowned champions of the MDFA 3rd Division. No small achievement when you consider that 96 teams were vying for the title and that Footie First FC only competed once before in any open age MDFA league.

While the magnitude of Footie First’s 3rd Division triumph is not lost on us, what has caught our attention is the way that the grassroots academy has gone about their business. Speaking to Football Counter, Ajeya Row, Founder-Director of Footie First said, “As a profit-with-purpose football academy, our focus is on giving every child an opportunity to get high-quality football training irrespective of their financial limitations.”

This approach reflects in the composition of all their age group teams – children from elite schools like Ambani, Cathedral and St Mary’s seamlessly rub shoulders with BMC and low-income school students to build a unique camaraderie bound together by their love for the beautiful game.

With a robust academy structure starting from children as young as 3 years to the senior teams, Footie First has rapidly created pathways for children to grow within the system. What sets the academy apart is their approach to coaching. As Row says, “Our goals are threefold – to share our love for football with the kids, to equip students with a sound technical foundation and, most importantly, to build character. We lay great emphasis on values and life skills.” He quips, “Our belief is that you can only be a good footballer when you’re a good person.”

Row’s previous experience with I-League club, Pune FC, as Head of Soccer Schools has been fundamental in creating a solid development system in a short span of time. Further, he has built a strong team around him with former India and Tata’s stalwart, Mr Surender Kumar as Technical Director along with Head Coaches, Ajendra Tripathi, Judon De Souza, Siddhesh Tambekar and Mayur Parekh who are all young, talented and dynamic.

It is clear that Footie First has made rapid strides since its inception in 2016. However, having seen many clubs & academies boom and then go bust, the key to Footie First’s long-term success will lie in the academy’s ability to consistently raise standards while growing sustainably.

To register for their training programs, call 9819 33 7766 or write to kick@footiefirst.in

Coppell faces a test of fire on his return to Jamshedpur
MDFA 2nd Division: Worli SC storm to easy victory