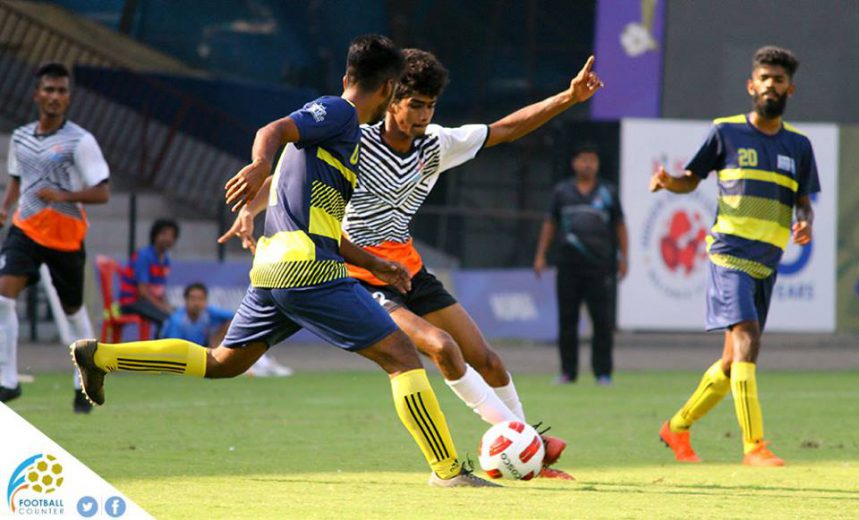 Last season, in the Super Division playoffs, both these teams bowed out in the semis. Today, they met in the top flight of Mumbai football – MDFA Elite Division. BOI rose to the occasion and hammered Dena Bank 5-2 in the Bankers Derby to claim their maiden victory in Elite Division.

The one notable thing in the first-half was Sanjeev’s penalty save to keep the game locked at 0-0. But the veteran didn’t stop there as he went on to make two crucial saves in the second-half when he was all alone at the back.

BOI’s Keval Pandhare broke the deadlock in the 56th minute before prolific striker Arafat Ansari leveled the score ten minutes later for Dena Bank. The match seemed to head towards a draw when BOI midfielder Shailesh Jadhav decided to step up.

His brilliant free-kick where he slipped the ball under the Dena Bank’s jumping wall nestled the back of the net to put BOI 2-1 up in the 81st minute. The momentum completely shifted towards BOI and they bagged three more goals, courtesy Sourabh Dongre (83′) and Ritish Choudhary (90′ & 90+3′).

Dena Bank did pull one back through their last season’s top-scorer Denzil Mascarenhas but it hardly mattered as BOI cruised to a fine victory.