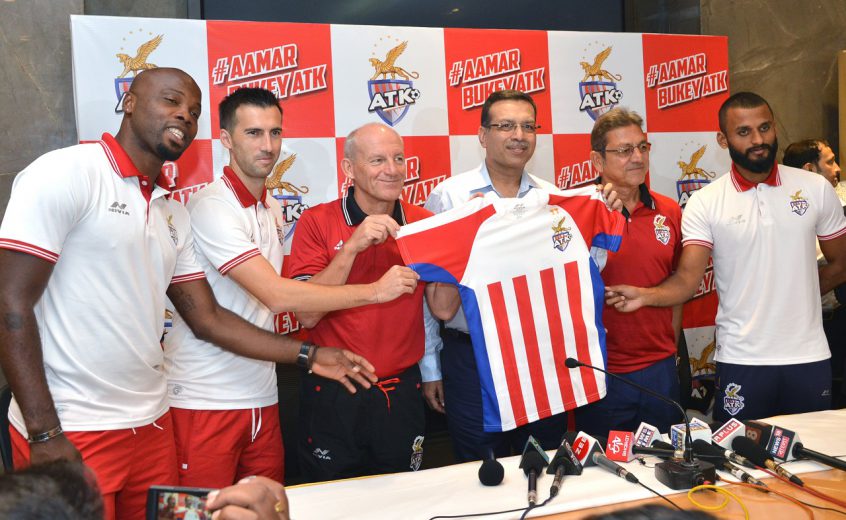 Philosophy of the new team jersey

The jersey design embodies the bold stripe pattern while the red and blue colours echo the ethos of the club. The already known colours of ATK stand for the values of the club.

ATK had a fruitful preseason in Spain. Head Coach Steve Coppell and his men had been playing in Pinatar Arena Football Center, San Pedro del Pinatar ahead of the season opener and won two out of their three practice matches.

“We are happy to unveil the team’s new jersey for the upcoming fifth season of Indian Super League. The new jersey is the symbol of the strength and the passion the club carries with it. We are quite excited after the preseason and the players are raring to go.”

“I am eagerly waiting for the start of the tournament. We have had a fruitful preseason in Spain where we got our chance to test all our players and now it is time to prove our mettle on the stage that matters.”

Recently the ATK Youth Team participating in the Calcutta Football League Division 2 got promoted to Division 1 having gone unbeaten through out the season, this being the team’s second promotion in successive season.

Indian U-16 girls bank on their plus points in minus degree temperature
Football is the future of Indian sports : Jeje