Cavani scored a brace to down Cristiano Ronaldo’s Portugal 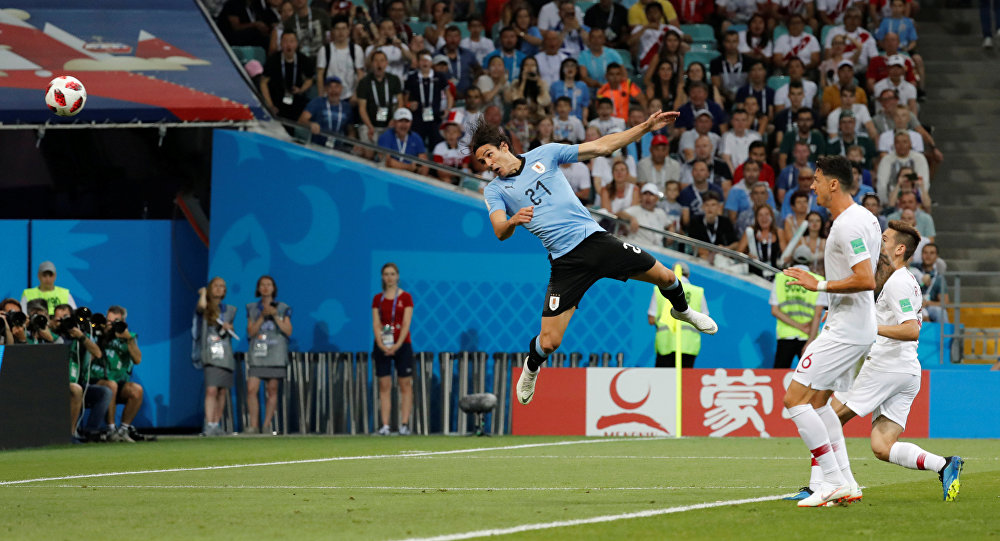 Portugal and Cristiano Ronaldo are out of the FIFA World Cup! In the second knock-out match, Uruguay defeated Portugal 2-1, courtesy of a Cavani brace, and advanced into the quarterfinals where they will face France.

Uruguay took an early lead as Cavani and Suarez combined well, with the latter assisting formers header goal. Portugal dictated the pace and commanded the play, in search of an equalizer. The reigning European champions tried everything to pierce past the well-structured Uruguayan defence but lacked incisiveness.

Pepe restored the parity for Portugal in the 55th minute as he scored a header goal. However, in the 62nd minute, Pepe failed to clear an aerial ball effectively and Uruguay capitalized on the mistake as Cavani scored with absolute precision.

Cristiano Ronaldo and Co. displayed everything they could, but those were not adequate to get the better of a solid, resolute and tenacious Uruguay defence.

Pepe is 35, Jose Fonte is 34. Despite Portugal’s central defenders being veterans, Pepe and Fonte had managed to thwart the opposition attacks and had looked tenacious and rigid at the back. But, that was not the story tonight.

Cavani and Suarez combined well to score Uruguay’s opener in the 7th minute. Cavani ran to the blind side of Jose Fonte to connect Suarez’s brilliant cross to give the South American side an early lead.

Uruguay’s and Cavani’s second goal came from a Pepe error as he failed to effectively clear an aerial ball. Cavani capitalized and triggered an absolutely clinical shot to give Uruguay the lead again after Pepe equalized.