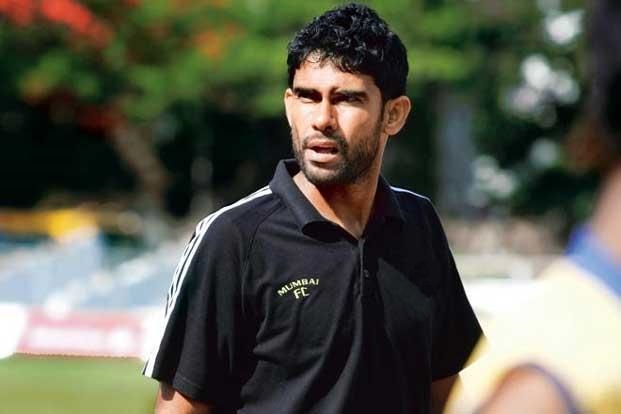 Mumbai FC have made a poor start to the campaign with three defeats and one draw in their opening four games and face a tough assignment in the form of Salgaocar FC in their fifth game at Cooperage.

But head coach Khalid Jamil believed it was time to look forward and not behind, despite admitting the results so far were not good enough. “The results so far have not been good, but it is important we focus on the present and tomorrow’s game is a fresh start for us. Salgaocar is a very strong team and we need to be alert”.

Khalid faced a lot of questions regarding his side’s poor showing so far but he was as calm as always and stressed on the importance of the job on hands. Cletus Paul who was given plenty of opportunities to speak by his coach in a belief he would get the experience to handle the media believed the players were focused and were looking forward to the game while stressing on the fact about playing your natural game.

“All the players are working hard. We have played well at times but we have failed to make it count, so we know what we are capable of, so as a team we just focus on playing our natural game”.

Khalid Jamil confirmed that new signing Abhishek Yadav would feature in the squad against Salgaocar tomorrow although gave no indications on whether he will make the starting line-up.

Khalid Jamil failed to be drawn on what his prediction for the game was. “I don’t predict. It is an I-League game and anything can happen. We are playing a very good side and it will be really tough. But I am confident and we will produce a positive result tomorrow”.

On being questioned what positive result meant to him, Jamil was bullish in his answer, claiming only a victory will suffice the feeling of a positive result.

Khalid Jamil is a person known for keeping his emotions to himself, but he was quiet animated when it came to speaking about the crowd turnout at Cooperage and how it helps.

“I think playing in Mumbai makes a difference. Last week we had an incredible crowd. I have never seen such a crowd for our games and having them in the stands helps us a lot”.

Khalid Jamil is a man under pressure but there isn’t an ounce of it which reflects off him. His lack of words may often lead to people concluding him being out of sorts, but deep behind that grim face lies immense belief in his own and his side’s abilities to turn things around for good and that is what may get Mumbai FC rolling eventually.