The 5th edition of Kenkre FC’s ‘Go Green’ Cup is all set to kick off at the Don Bosco Ground in Matunga from 23rd February 2015. With over 600 kids participating, the initiative looks set to assume great proportions when it comes to giving young kids the right education, not just in terms of football but also about their role in the society.

Football dwells big time in the hearts of young kids these days and Kenkre FC have taken a step in the right direction by using the beautiful game to inculcate some very important values in them, thus planting seeds for their better futures.

“We want to focus on Mother Nature. As of today we are facing plenty of environmental issues and by the time these kids grow up, our planet may be a lot less greener if we continue in this careless manner”, said Joshua Lewis, the CEO of Kenkre FC.

Kenkre FC want to do what they do best and what today’s kids like, which is play football. But at the same time, they want to use it as a medium to promote the thought of protecting Mother Nature in the process.

Joshua Lewis highlighted the importance that sport has had in shaping good citizens of a society. “Sports is a great medium to promote social change as, the social and moral requirements to be a sportsman are similar to how a person must live in a law bound society”.

Joshua Lewis feels the best way to learn and train is to compete and that is what the ‘Go Green’ Cup will bring to the table. “Every team and all the young kids playing football do a lot of training. But it is equally important to compete. There are a very few tournaments for these young kids and hence if they get a taste of competitive football at this early stage, it will be great for their growth as a footballer”.

Among so many tournaments taking place in the city, we have a look at set of things which differentiates the ‘Go Green’ cup from the others.

1. Over 600 kids to set the pitch on fire
The ‘Go Green’ Cup will see over 60 teams participating across six categories which include the U-17, U-14, U-12, U-10, U-8 and Open Age Group of Girls. Over six hundred kids from various schools and Kenkre FC’s own academy will play in teams, different from the ones they normally play in. This will help them interact with players from rival teams and learn from each other. It will challenge the young kids who will have to get out of their comfort zone.

2. The only tournament in India with lucrative cash prizes for young kids
“The aim is not to bag them money, but encourage them by having something big to fight for. Such big prizes will help inculcate belief about what they can achieve” according to Joshua Lewis, the CEO of Kenkre FC.

3. Out in the ‘Floodlight’
The ‘Go Green’ Cup will be held in the evenings and it will give young kids an opportunity to play under the floodlights, an experience which they usually don’t get with tournaments like MSSA. 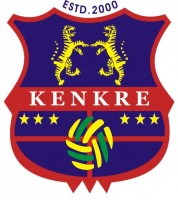 As seen in the club’s previous events, the event will be graced with a number of Kenkre FC coaches who will provide continuous guidance to young players from all teams. Kenkre FC boasts a team of highly qualified, experienced coaches and the club has a history of churning out some of the finest talents in the city. So there is nothing more vital than being watched by some of them.

5. Parent’s Engagement
The Go Green Cup is invites great involvement from the parents side. Parents play a huge role in any kid’s future and Kenkre welcomes the parents to come and manage their kids which aids them deeper insight into their kid’s skills and also vital information on their kid’s future as a footballer. It also makes the young kids, especially the U-10 & U-8 category comfortable to have their parents around.

The ‘Go Green’ Cup is backed by sponsors like Rustomjee, Adidas and Kenkre Sports Foundation who have made consistent efforts for the betterment of the game over the years. This gives the tournament a strong back bone enabling them to provide the kids with the best infrastructure and a conducive atmosphere to play football.

Kenkre FC’s U-19 side sport a green jersey and were Mumbai’s biggest challengers in this season’s U-19 I-League. Some of the best talents, especially in the U-17 category could get to experience the U-19 I-League as a part of Kenkre’s U-19 team, if they manage to catch the eye of the coaches watching. So the ‘Go Green’ Cup is a great stage for young kids to impress one of the biggest team in the city.

The ‘Go Green’ Cup will take place from the 23rd of February to the 28th of February as Mumbai’s young guns look to set the pitch on fire. Download the fixture after clicking here