What you know about Arthur Antunes Coimbra? 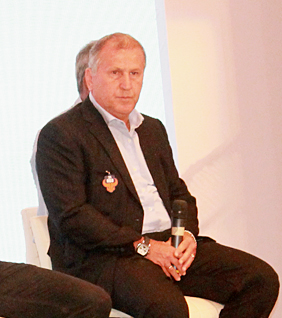 Regarded as one of the greatest ever football players, next only to Pele, Arthur Antunes Coimbra (Zico) is a legend of sorts. A former Brazilian football player, he is arguably one of the world’s best players with a career spanning over 40 years. Zico has appeared for over 400 matches in his career and coached some of the leading football clubs across the globe. The legend is now in Goa, as the manager and chief coach of FC Goa.
Zico started playing football in the Brazilian club Flamengo, appearing in the senior squad of the team for the first time at the age of 18. Gradually the midfielder became the key player in the side during one of the most fruitful periods for Flamengo (titles included four national trophies, 1981 Copa Libertadores, 1981 International Cup).

In 1983 Zico was signed by the Italian Udinese and played in the team for two seasons, even finishing as a runner-up behind Platinti in the top strikers’ rating. In 1989 Zico returned to Flamengo and in the following four seasons made 37 appearances and scored 12 goals. Zico was regularly selected to the national team of Brazil and took part in the 1978, 1982 and 1986 World Cups, overall playing in 72 matches and scoring 52 goals. The forward finished his career in the Japanese Sumitomo Metal Industries, where he helped the team to finish second in the inaugural season of J-League.

The Brazilian started coaching in 2002 when he was appointed the head coach of the national team of Japan. He led the team to the World Cup 2002 appearance and the Asian Cup title. In 2006 Fenerbahce selected Zico as a new coach. Under his helm the team won the Turkish League title and Turkish Super Cup. In 2008 Zico took the reigns of FC Bunyodkor from Uzbekistan. Later he managed CSKA Moscow and Olympiacos. After a short spell as Flamengo technical director in 2011 Zico moved to Iraq to head the national team of the country. In 2013 he signed a two year deal to coach Al-Gharafa football club in Qatar.