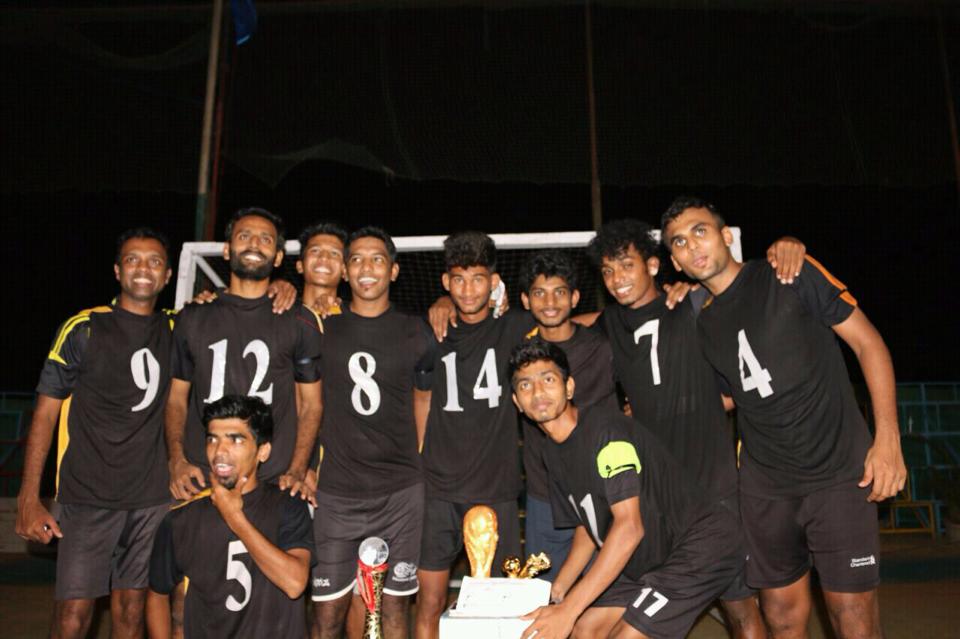 Curtains drew close on one of the most coveted ‘Inter Parish’ tournaments in rink football at the Willingdon Catholic Gymkhana, Santacruz on Sunday, 9th November 2014 with defending champions Our Lady Of Victories – Mahim taking on the dark horses, St.Joseph’s – Mira Road in a pulsating final that left the spectators on the edge of their seats until the final whistle.

St.Joseph’s Mira Road drew first blood through striker Shravan Shetty, all against the run of play in a half dominated entirely by the Mahim side. The 2nd half started with a bang, two quick fire goals, the first, a clever solo run from the defence by Suraj Negi caught all the Victories players off guard as he did well to finish the ball past Johnson De Silva. The second came from their talisman Aaron D’Costa as his clinical strike left Our Lady Of Victories trailing by the 3 goals.

But the defending champions were not going to give up easily, chasing the game they committed forward with wave after wave of attacks on the Mira Road goal. Their efforts paid dividends as Fabian Fernandes pulled one back for Our Lady Of Victories. At 3-1 the story of the game could have been a lot different had Fabian converted another brilliant opportunity from Brolin D’Souza’s goal bound cross which could have reduced the margin. Brolin then grabbed another goal for Victories to make the score 3-2 with another 2 mins left to play.

Some brave defending and outstanding saves by Nevil D’Souza helped St.Joseph’s Mira Road see out the final few minutes as they emerged victorious to take home their maiden title.

For all his good work under the bar, St.Joseph’s Mira Road’s shot stopper Nevil D’Souza was awarded the ‘Best Player Of The Final’.

Their hard working striker Shravan Shetty was awarded the ‘Best Player Of The Tournament’. Undoubtedly these two were the key performers amongst the others, for the Mira Road side as they went on to upset some of the big names in this tournament to be crowned champions