Kolkata: Mumbai City FC  fought gamely against a spirited Atletico de Kolkata but went down 3-0 against the hosts, who managed to make the most of their chances in the opening game of the Indian Super League on Sunday. 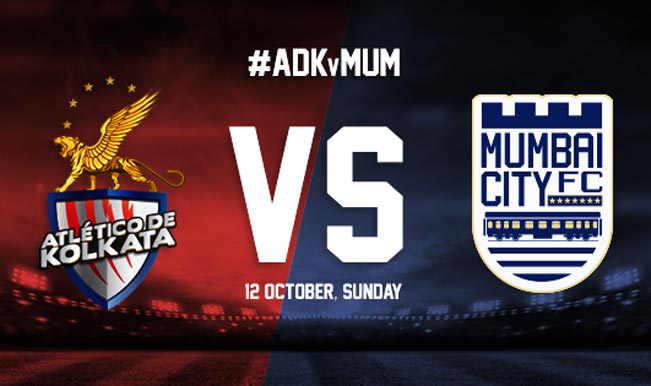 Fikru Tefera Lemessa (27th min), Borja Fernandes (69th) and Arnal Llibert (90+) scored the goals for the hosts with the second and third coming against the run of play. As the match statistics prove, Mumbai City FC had more possession and more attempts on goal but just could not convert them into goals.

With the match being played on the artificial turf of the Salt Lake stadium, Mumbai City FC needed some time to settle down but their custodian Subrata Pal was on the ball from the very first minute and came to the rescue of the team twice in the first 10 minutes.

With Mumbai choosing to play an attacking strategy with a high defence line, it was clear that the goalkeeper would have a major role to play whenever the opposition managed to break the stranglehold and push forward.

Pal was called into action in the seventh minute itself when he left his line early to stop Baljit Sahni from converting a through pass from Luis Garcia. Three minutes later, India international was once again at the right place to block Garcia’s left-footed volley from the six yard box to keep Mumbai City FC in the hunt.

But the 27-year-old stopper failed to stop Fikru Teferra from giving the hosts the lead when he latched on to another through pass from Garcia to chip the ball over the advancing Pal.

The goal, however, did little to dampen the spirit of the Mumbai City FC players as they grew confident as the game progressed and the team earned a couple of free-kicks near the opponent’s citadel, before a twisted ankle forced skipper Syed Rahim Nabi to be substituted in the 39th minute and forcing coach Peter Reid to re-arrange his troops.

The introduction of Brazilian born Italian midfielder Andre Moritz brought more bite to Mumbai City FC’s attack as they made a couple of threatening moves down the left flank. At this stage the visitors had more shots on goal than their opponents but an act of brilliance from Spaniard Borja Fernandez beat Pal from a long range to make it 2-0 for Atletico de Kolkata in the 69th minute against the run of play.

Mumbai City FC continued to press forward to find their first goal of the game but Atletico de Kolkata custodian Subashish Roy Choudhary first deflected Cmovs’s long ranger that was deflected off a defender and then kept out a close range header of Manuel Friedrich to keep the hosts in the driver’s seat.

And the injury time goal from Arnal Llibert on the counter ended Mumbai City FC’s hopes of a later turnaround.

Mumbai City FC coach Peter Reid gave full credit to opponents Atletico de Kolkata and said he was confident of his team fighting back next week. “The first one didn’t go our way, but I am hopeful we will turn things around next week. Credit to our opponents for the way they played today, especially Louis Garcia, the way he led them.”

Mumbai City FC goalkeeper Subrata Pal also said that the the atmosphere in the team was quite positive after Sunday’s game, and the team is confident of doing well in the future games.

Utkarsh Mandal’s dramatic come back after trailing by 2 goals against Das FA
Tickets to FC Goa’s opening match: 70% sold out