The 6th edition of the RCF Premier Cup will kick off at the RCF Sports Complex on 18th December 2014. The tournament is quickly growing in stature, as a host of the Elite Division teams will take part in this grand event.

The event is organized by RCF Colony Boys Krida & Sanskrutik Mandal.
After the recently concluded RCF Nadkarni Cup, there is a lot of excitement about the Premier Cup.

We take a look at few things which make the upcoming RCF Premier Cup, an event to look forward to

The tournament has grown beyond its geographical proximity. The teams from the Elite Division will face a challenge from outstation teams like P.T.M Kolhapur, Bhilai Brothers, Dilbahar (Kolhapur). What can we expect from the trio of visiting teams? Will they have a surprise in store for the locals? Will they bring with them, a set of visiting support? Lot of questions will be answered come Sunday.

RCF Sports Complex plays host to another big football tournament in the space of fifteen days. After the great success of the Nadkarni Cup, RCF get another chance to charm their guests and dish out delightful four days of footballing experience. If the organization and hospitality is anything like the Nadkarni Cup, we are in for a treat of football.

RCF Premier Cup brings with it handsome rewards. Apart from the big one, RCF Premier Cup has a lot of individual awards to encourage players and reward their good work. The Player of the Tournament is a pick of the prizes to be given out, as the winner will own a brand new motorbike.

Dhanraj Pillai, the ex-Indian hokey player is the brand ambassador and the main inspiration behind the RCF Premier Cup tournament. Along with him, Leander Paes also has great things to say about the tournament and how it helps in nurturing football. So there is a good chance that these celebrity sportsmen might turn up for the event, adding that extra sheen to it. 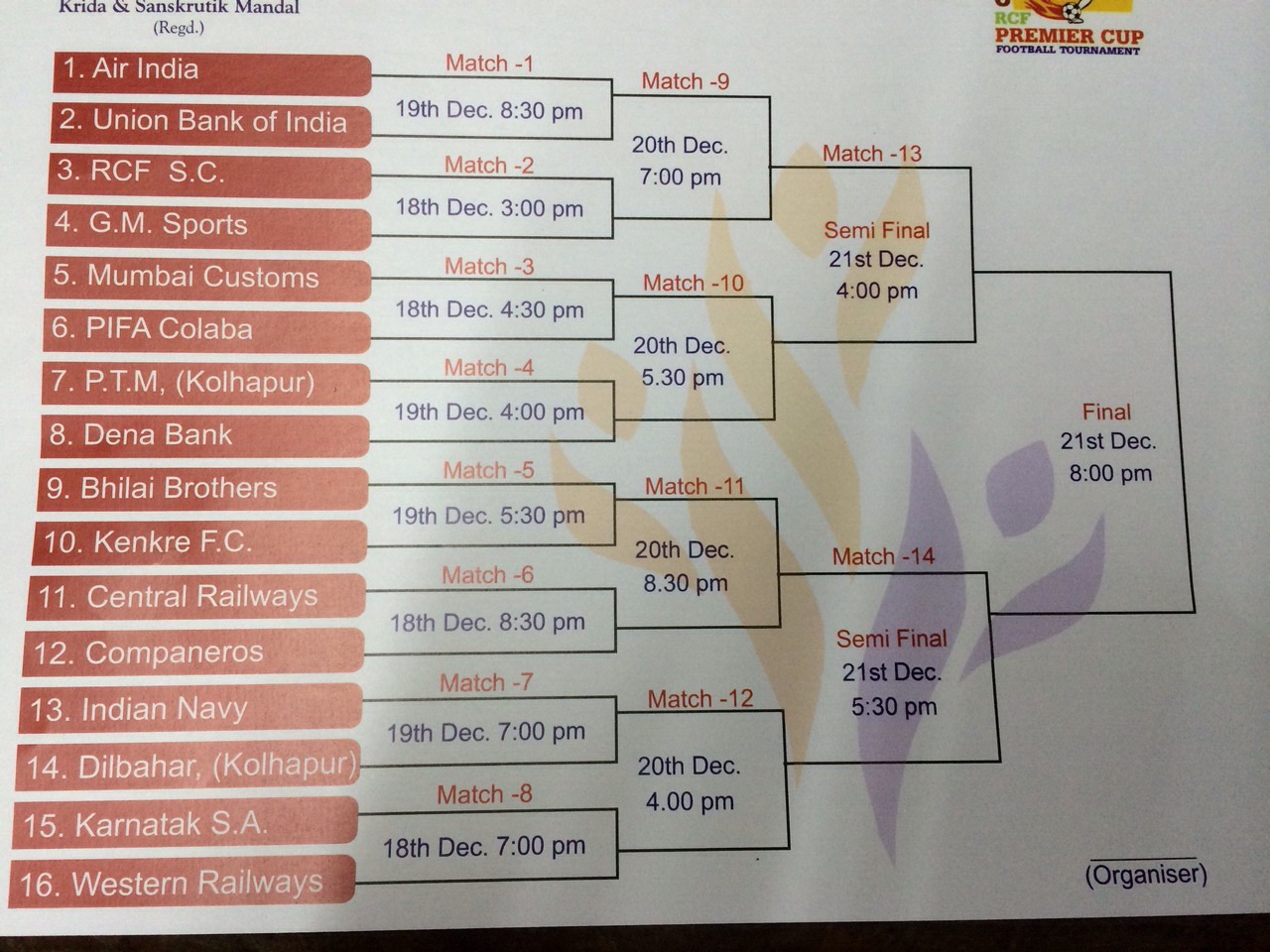