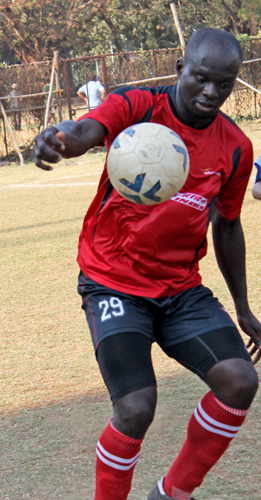 Air India had started their first triumph with a narrow margin of 1 goal against Central Bank of India but now it has a drastic change, They have proved, why they are deserving? They continued their winning streak with the 4th consecutive win in elite division. They have scored 11 goals so far from past 3 games, Okorogor N praise become a top scorer with 5 goals.

In another encounter between Central Railway and Pifa Colaba, Railway demolish Pifa Colaba 3-1. Rashid Khan once again on target as he open an account for Railways  just 5 minutes before the first half.  Gagan Singh, Allwyn D join him after 67th and 87 minutes respectively whereas Pifa able to reduce a margin with Elvis Ozowara strike.