It was a routine outing for Air India as they are in the driving seat as they dominate the MDFA league table, they have been scoring 3 or more goals for the last 4 matches which was not at all a difficult task for them. On Monday they humiliated PIFA Colaba 4-0 to give them a 5th straight victory in the Mumbai District Football Association League, played at their home soil in Kalina. 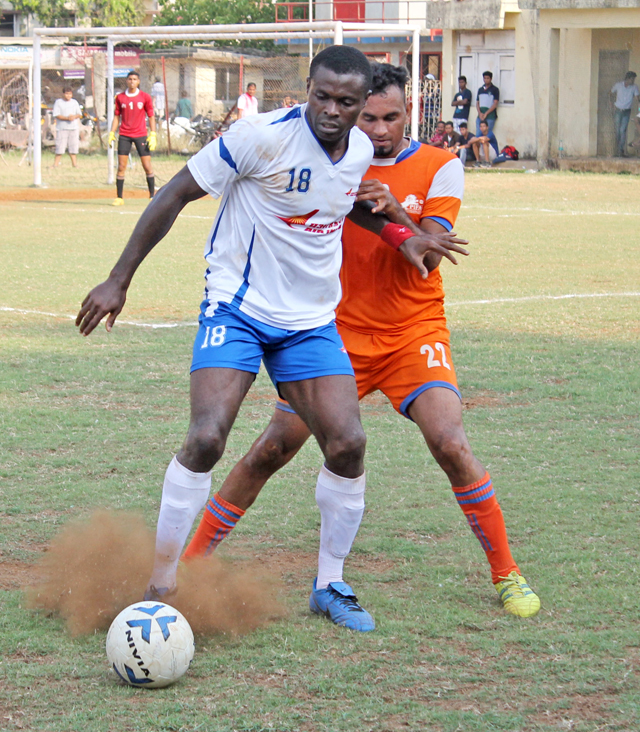 The deadly combination between N.D. Opara and Okorgor Praise put Air India in the front. Both strikers are very dangerous around the scoring area and they had a full supply of passes from their sensible midfield and attacking wings. On the other hand struggling PIFA Colaba could have done better if they stuck to their positional play. Air India got their lead after 25 minutes through Bhushan, who took the initiative to start a move from the right flank, he gave a ground ball to Okorogor who beat PIFA’s defender and managed to play a square pass to N.D Opara who made no mistake in finishing the move. Soon after another 10 minutes of play Air India goalkeeper Vian Joseph’s long goalkick gave another opportunity to N.D. Opara who anticipated the ball so well that he beat the onrushing PIFA goalkeeper Vikram Singh by lobbing the ball over him to celebrate in style.

In the second half, Bhushan Thube scored a brilliant 3rd goal by dribbling two PIFA defenders and sending the ball curling into the net. T.Jonychand Singh added the 4th goal, which was well assisted by Alan Dias. Air India is has now confirmed their spot for the Super Six from group A.