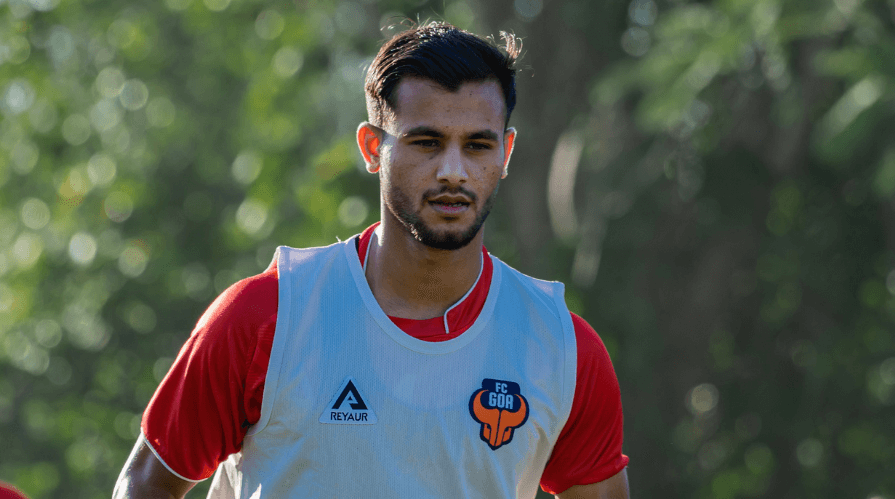 Anwar Ali, the sensational center-back from the Under-17 World Cup is all set to make a comeback in the Indian Super League this time with FC Goa.

The Punjab-born defender is one of the finest products of Minerva’s youth system. He went on to play for the India U17 team in the 2017 FIFA U17 World Cup. After good performances, the youngster was loaned to Indian Arrows for the 2017/18 season before signing with Mumbai City FC in the 2019–20 season.

Ali was however barred from playing competitive football by the AIFF in 2019 after he was diagnosed with a rare heart condition called Apical Hypercardiomyopathy (HCM). After a year gap, fighting a legal battle, and proving his fitness by playing in various state leagues all across India, Anwar Ali joined Delhi FC via Minerva Academy. Captaining the team, Anwar led from the front scoring 4 goals in 7 matches taking the side to the final round, before narrowly missing out on qualifying for the I-League.

However his impressive performance didn’t go unnoticed as in October 2021, it was revealed that FC Goa completed the signing of Anwar from Delhi FC.

I was already on the verge of giving up my career. Fans, Ranjit Bajaj sir, and my family never lost faith in me and because of them I am here

– Anwar on signing for FC Goa

He was formally announced by FC Goa on January 1, 2022, and spoke to the media. Expressing his enthusiasm, Anwar said “I feel great to be a part of the FC Goa squad. I have been training well with my new teammates for the past few weeks and am eagerly looking forward to donning the FC Goa colors.” Anwar further attributed Minerva Academy and Ranjit Bajaj in helping him and motivating him after AIFF barred him from playing football.

“I was focusing on the things that mattered and focused only on the pitch and I was waiting for this opportunity for a long time. I am glad that FC Goa signed me as I feel FC Goa’s style of play suits me”, he added.

Anwar feels anything can happen in football and with the second half of the season starting soon, he and his team will do their bit to turn the tide in their favor. “My teammates have been helping me in the training and the coach has been motivating me too. I expect stiff competition to become a regular player in the team but I am determined to overcome the challenges.”

Anwar is eager to carry forward his momentum from the I-League qualifiers to the ISL and does not feel any pressure. Expressing his thanks to the fans and the Indian football community who stood by him during the tough times, Anwar stated, “the fans’ support helped me a lot and motivated me to come back as I was already on the verge of giving up my career. Fans, Ranjit sir, and my family never lost faith in me and because of them I am here”.

In the end, Anwar again thanked FC Goa for the opportunity and asked FC Goa’s fans to keep supporting the team so that it inspires FC Goa to turn things around.