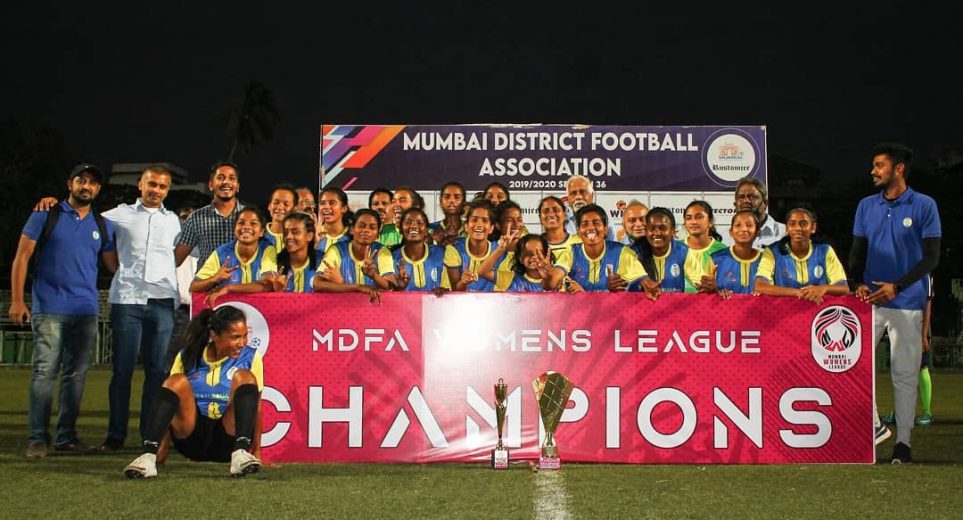 In what turned out to be a pretty close affair, Footie First lift MFA Women’s League title after edging past PIFA in penalty shootout.

Footie First and PIFA had made their mark in the league since the start. Both teams came into the final unbeaten in the league keeping their momentum going on till the Finals.

The Finals kicked-off at 5:00 pm at the Cooperage Stadium with both Footie First and PIFA playing end to end football. Both teams defended well to keep the opposite end from scoring. The match eventually ended in a 0-0 after the end of regular time. The game then went into a penalty shootout.

During the penalty shootout, Jyoti Chouhan, Dollykumari Singh, Priyanka Gurang and Saloni Tigga converted their spot-kicks for Footie First while only Bhagwati Chouhan and Lawanlang Nongbet could convert their penalties for PIFA.

The final match was indeed nipping and tuck with both sides shutting each other out and were only separated by the penalties at the end.

Earlier in the day, India Rush was awarded the 3rd place trophy after Kenkre once again failed to field the minimum 7 players on the field.