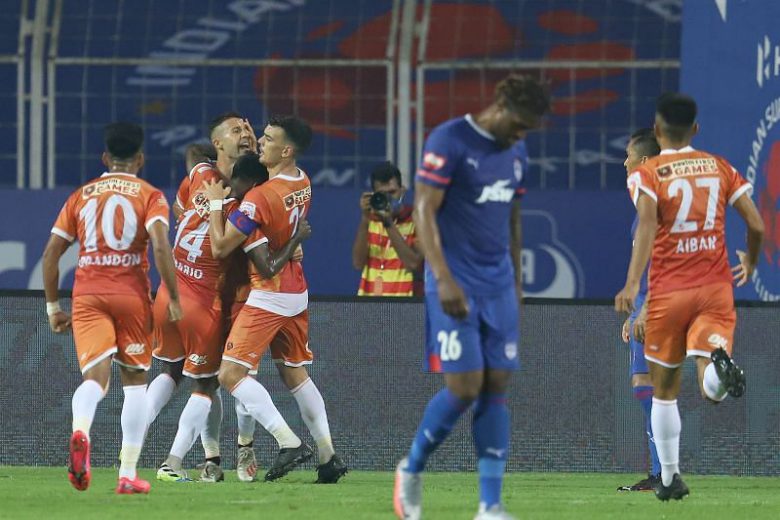 When FC Goa lock horns against Bengaluru FC in their reverse fixture, it is going to be nothing less than a do or die situation for the Gaurs. Tied with NorthEast and Hyderabad on the league table with 27 points, it remains a must-win for the Orange Army to qualify for the play-offs.

Last time when the sides clashed, FC Goa bounced back into the game after trailing by two goals. Igor Angulo’s brilliance in the fourth quarter helped Goa share points. Overall, Bengaluru has a better record against FC Goa. The Blues have won five times, drew twice and lost once. Unbeaten for the previous six matches against FC Goa, team Bengaluru will leave no stones unturned to make a statement.

FootballCounter takes a look at the key players who will play major roles in the game:

After completing his 200th game for Bengaluru FC, captain Sunil Chhetri will be vying to continue Bengaluru’s dominant form against FC Goa. Having scored 7 goals and 2 assists this season, the talisman will be on a hunt to take away 3 points. Ivan Gonzalez will have a major responsibility on him to stop Chhetri. The 31-year-old Spaniard will be bestowed with the responsibility to lead in defence and to stop Chhetri from making lethal runs and passes. Throughout the season, Ivan had considerable outings and contributed 2 goals for his team.

Cleiton Silva has been instrumental for Bengaluru FC. The Brazilian midfielder has found the net 7 times and made 3 assists, which includes a goal in their previous game against FC Goa. On the other hand, Spanish midfielder Alberto Noguera is a vital cog in Juan Ferrando’s wheel. Scoring a goal and making 8 assists, the 31-year-old experienced midfielder will have an important part against Naushad Moosa’s men.

Defender Fran Gonzalez had a fair season in the Indian Super League. Winning the I-League with Mohun Bagan, the 31-year-old Spanish defender gained valuable exposure in Indian football. Absence of Juanan and Rahul in defense will provide a key advantage for Goa, but it’s moments like these when the resilience and experience of Fran shall come handy. Igor has proven his mettle and when the side faces FC Goa marksman, it remains to be seen how Gonzalez performs his duties and leads with example. Angulo scored twice in their first outing against Goa and will be looking forward to increase his scoring rate. Igor has netted 12 goals in 17 matches so far.