I league 2nd Division Preview: Can debutants Bengaluru United go all the way 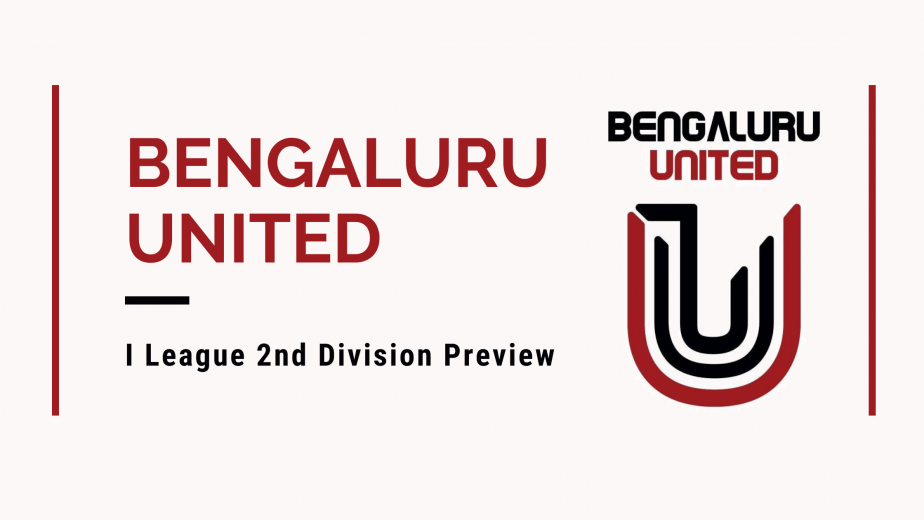 Having reached this far in their inaugural season of I-League second division, Bengaluru United aims to leave no stones unturned in their battle for I-League qualification.

A team which was founded in 2018 and within two years have managed to come up the ranks and play in the second division of I-League, have something to prove in this final round of qualifiers.

Bengaluru United have shown great determination and grit in the preliminary round of the qualifiers to finish 2nd in the group on par with league leaders ARA FC but just behind on goal difference. Having won 4 out of the 8 games, the Southern India club further drew 2 matches to ensure smooth qualification to final round. The team scored a total of 12 goals in their 8 games and their goalkeeper, Srijit Ramesh managed to keep 4 clean sheets in the tournament, which was the maximum for a goalkeeper.

Along with Srijit, another player to look out for will be Mohammad Asrar Rehbar, who scored a hat-trick against the Mumbai City reserves in the preliminary round. The club would miss the services of young midfielder Phrangki Baum, who has moved to Indian Super League side FC Goa. The youngster was part of Bengaluru squad during the preliminary qualifiers on loan from Shillong Lajong and played all games scoring two goals.

Former Mohun Bagan forward Azharuddin Mallick labelled his current side’s chances of qualifying as “bright” and stated that the entire team is motivated to put on a good show. “We are working hard. We are getting our game plan in place and all the boys are very motivated. So chances are bright that we will qualify.”

The Bengaluru side has made a total of 18 new signings in the month of September. Players like Amey Ranawade Gursimrat Singh Gill and Rana Gharami have represented Indian Super League clubs and their experience of playing in top level will be crucial for the Bengaluru side.

But one of the big signings for the side would be of William Opoku, who has played for clubs in Ghana, England and Estonia before joining Minerva Punjab in 2017. In the 2017-18 title winning campaign, Opoku played a vital role for Minerva making 29 appearances and scoring 7 goals for them. His presence will be a big boost to Bengaluru United. Meanwhile Robert Primus, the Trinidadian centre back, who has also played for Minerva Punjab and Churchill Brothers SC, will be a force at the back.

Talking about the preparations, assistant coach, Gouramangi Singh said, “We have prepared well and our preseason went well. We are gonna take one game at a time and the whole team is very confident”. When asked about their first game, he said “We are not focusing on the opponent as we can only control our actions and our performances. Bhawanipore is a very strong team and they have good players but our players are focusing on themselves and are ready for the challenge”.

Singh also mentioned about Arun Kumar has a young talent to look out for, the 20 year old midfielder got high praise from his coach. Coming through the ranks and having played for Bengaluru United under-18’s, he has managed to impress the crowd in the 4 matches that he played in the preliminary round. The boy also shined for them in the Bengaluru Super Division in the 2019-20 season where the team finished in the third place.

FC Bengaluru United start off their campaign against Bhawanipore FC on the 8th of October at the Salt Lake stadium in Kolkata.