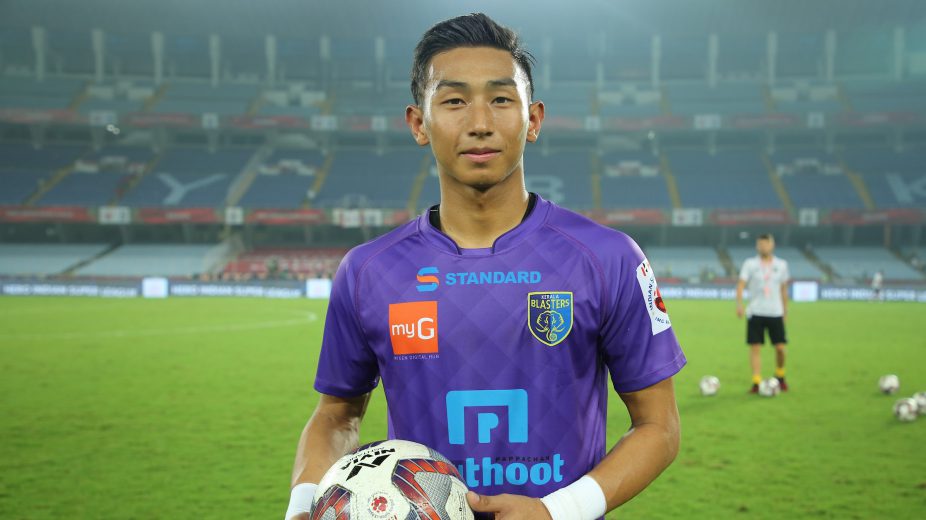 While many continued their development through Indian Arrows and transitioning through to India U19 squad, others like Dheeraj, Komal, Rakip landed contracts with ISL clubs

It’s been a year since India hosted the FIFA U17 World Cup last October. The biggest ever footballing event was played on the Indian soil for the first time and rightfully so the global sport has left a whole generation of young footballers inspired. Many touted the youngsters in the India team to be future stars of Indian football.

There were so many talented players in the Indian team and reserve, that it was hardly a surprise when they ended up winning hearts, despite not winning a point in the U17 WC. Most pundits backed them to turn into stars.

ISL, in its fifth edition now, is not only proving to be a stomping ground for established Indian players but also a breeding ground for these young upcoming stars. Dheeraj Singh Moirangthem, Mohammad Rakip, Mohammed Nawaz, Komal Thatal, Shubham Sarangi to name a few.

Hearteningly, Dheeraj and Rakip have started both Kerala Blasters’ first two matches so far and have earned good reviews. Dheeraj, one of the stars of India’s U17 World Cup campaign, has been impressive under the bar for David James’ side, keeping a clean sheet on his debut game against ATK, and then only being beaten by a scorching long-ranger from Pranjal Bhumij, another promising youngster with Mumbai City FC. 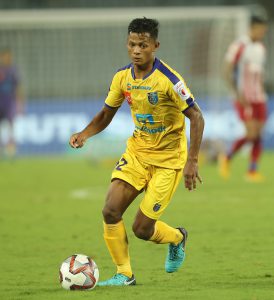 The young goalkeeper who had a training stint in Europe made six saves in two games and it was no surprise to see the 18-year-old won the ‘Hero ISL Emerging Player of the Match’ award in both KBFC’s fixtures. “For an 18-year-old (Dheeraj Singh), having come from the U-19 side or a U-17 side, he is playing against men (much older players),” said coach David James.

Rakip, who was part of the group considered for the U17 World Cup before missing out on final selection, has also been equally impressive for the Kerala club. Rakip has started in both the games at right-back and with nine successful tackles so far and having kept opponents attack at bay, Rakip seems to have already cemented his place in the Blasters’ backline.

Another youngster who has impressed is FC Goa custodian Mohammed Nawaz. Like Rakip, Nawaz had also failed to make the final cut for the India U17 team for the World Cup, but has prospered in the ISL. Chosen ahead of experienced goalkeepers Kattimani or even Ralte in the team, Nawaz though did blundered in the opening game but regained his composure to make some crucial saves and earn coach Sergio Lobera’s backing. “Regardless of the age, the goalkeeper who will be the best at that moment, we will select him. As a coach, I decided to select the goalkeeper (Mohammad Nawaz) who was the fittest at that time. When I was 18 years old, I used to make more mistakes than Nawaz,” explained Lobera.

Delhi Dynamos handed debut to another youngster who just missed out on the U17 World Cup squad – Shubham Sarangi. The striker has impressed coach Josep Gombau enough to be sent on as a substitute. Waiting in the wings is Komal Thatal, who was part of the U17 World Cup squad. Thatal has impressed his new coach Steve Coppell at ATK during pre-season and is expected to break into the first team, sooner rather than later.

“When you look at the way he manoeuvres, runs with the ball, some of his moves look manufactured and some look more natural. He just turned 18 years of age. As I saw him in the pre-season games and I wouldn’t be surprised if he figures in most of the games this season. He is very much in my plans,” said Coppell .

The youngsters are definitely making their mark in the Hero ISL and will look forward to continuing their development by garnering vital minutes as the season progresses. This is certainly a good time to be a young football player in India.