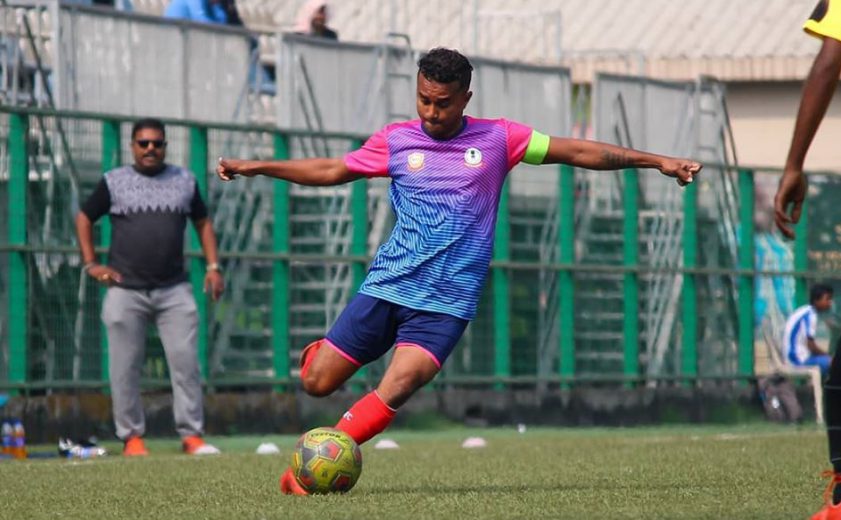 In a closely fought out Elite Division encounter, Henderson Dias’s first half strike coupled with some good defensive work from Income Tax backline ensured IT went home with all three points.

After an even opening exchange, Income tax took the lead around the half hour mark when Bryce Miranda beat his marker to lay it off for Akshay Sonawane at the left flank, the winger’s cross was met by Henderson Dias’s header that beat the WR custodian to make it 1-0.

Going goal down, Western Railway SA started showing urgency in attack but failed to break Income Tax, who were prepared to sit back and play on the counter. Sandesh Gadkari was shown the yellow after a rough tackle on WR attacker in the 54th minute. In the frantic final few minutes, WR increased the tempo in attack but were unable to breach the defence. Joshua was booked for time wasting deep in the injury time after the striker went down in pain just inside the line. However, WR failed to capitalise on their chances as the game ended in favour of IT.

Meanwhile, Soccer XI and Colaba Sports Academy shared the spoils as they played out an exciting 2-2 draw in a keenly contested Super Division match played at the Neville D’Souza ground, Bandra.

After going a goal down in the first half through Praful Solanki’s strike, Soccer XI came back strongly in the second half with two goals in the space of three minute to take the lead. Strikers Bhavesh Kurlekar and Azariah Thandu were on target for Soccer XI. However a late goal from Rohan Pagdhare ensured Colaba Sports went away appoint from the game. Meanwhile in the other Super Division game, Veniza FC played out a goal less draw against Kenkre U19 side.

Also Read: We need to be consistently qualifying for the Continental Championship: Sunil Chhetri