Nadkarni Cup: Century Rayon storm into the quarterfinals with a 3-0 win against Iron Born CFCI 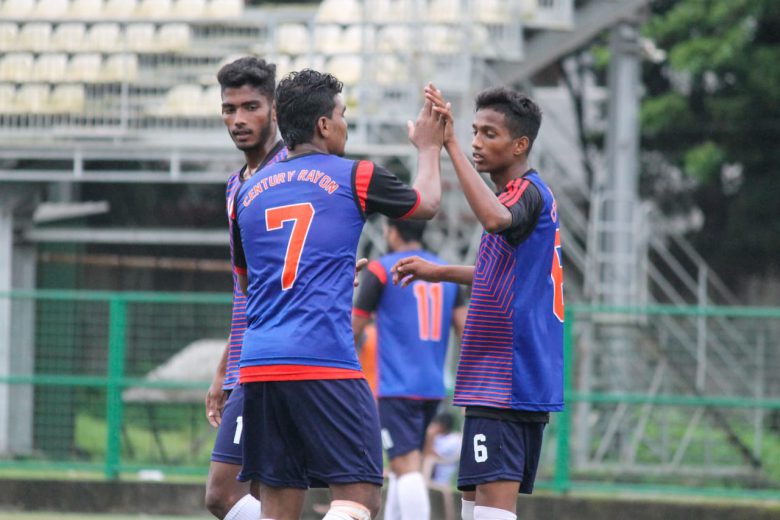 Mumbai, September 1: Century Rayon showed their class by sealing a place in the quarterfinals of the Nadkarni Cup with a 3-0 win against a young Iron Born side.

Century Rayon topped the Group A of the Nadkarni Cup 2019 with a 100 per cent win record. Century Rayon was quick off the blocks and maintained possession of the ball in the first half and was rewarded with a goal scored by Sheng Sheng in the closing stages of the first half.

Century Rayon and KSA progressed through to the quarterfinals from Group A.

Our game plan was to keep the ball on the ground and maintain possession of the ball throughout the match. In the second half, we attempted more through balls and got the decisive goals. We had a good mix of youth and experience in today’s match.

We are growing in confidence with every match and hoping to play to our strengths against strong teams in the quarterfinals.

Nadkarni Cup: KSA book their place into the quarterfinals with an entertaining 3-2 win against Atlanta F.C.
India Women’s Team conclude Uzbekistan tour with a draw!